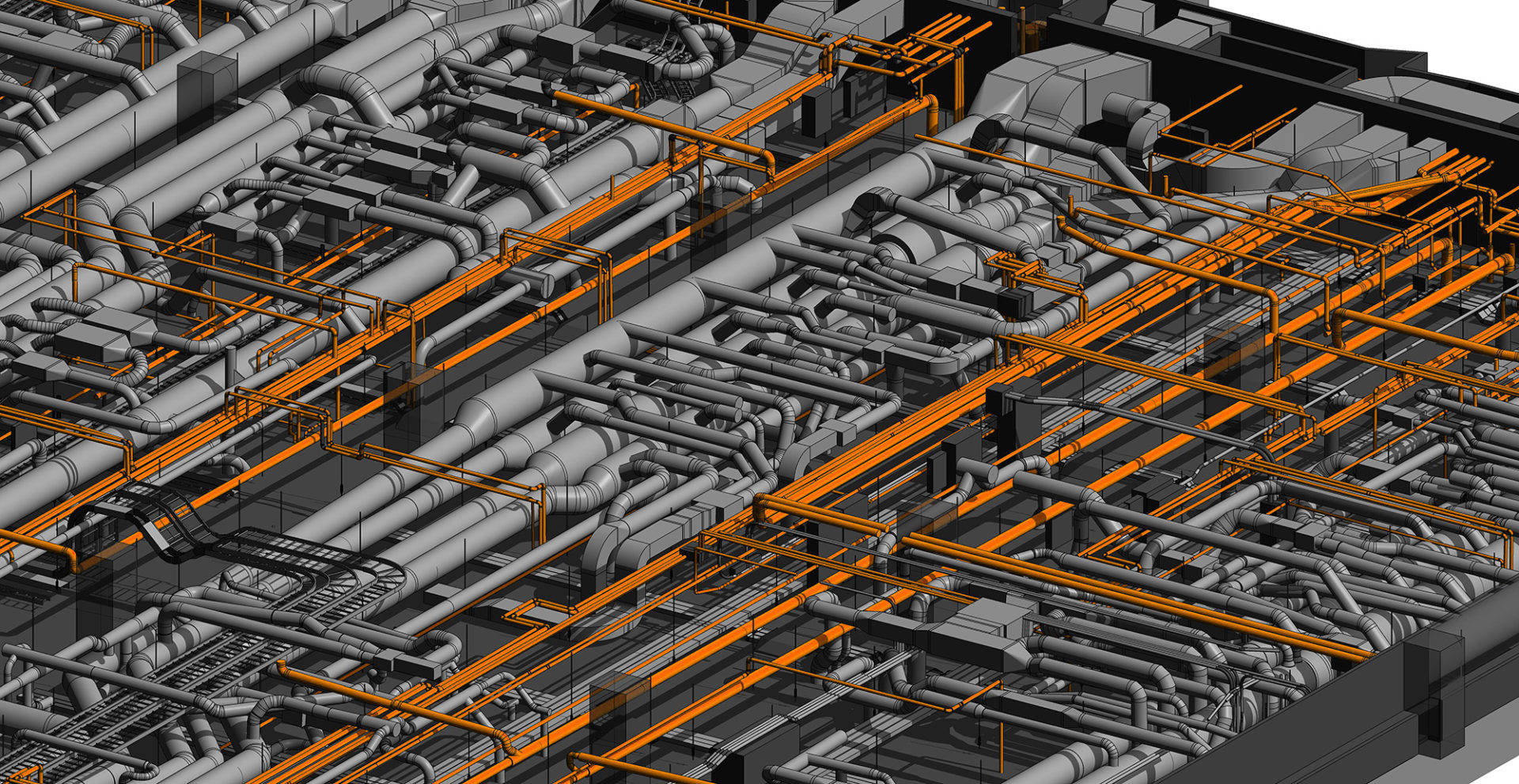 MEP Survey Modelling and its Challenges

MEP systems are the vessel by which vital services are transported throughout a building. Ductwork, pipework and electrical installations enable the supply of air, water and electricity to be delivered all around the structure.

Produced from a ‘Scan to BIM’ workflow 3D As-Built Surveys of existing MEP systems are key to the successful planning, coordination, and documentation of a building undergoing refurbishment or for improving the maintenance of a facility.

Having survey information in this format allows for quicker and improved decision making through with the added benefit of having a visual aid in 3D. 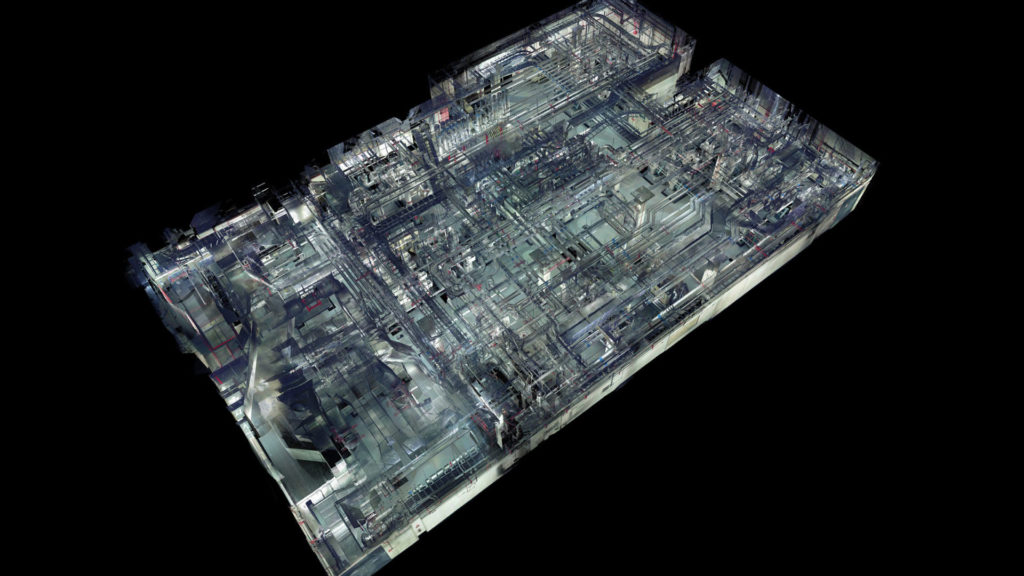 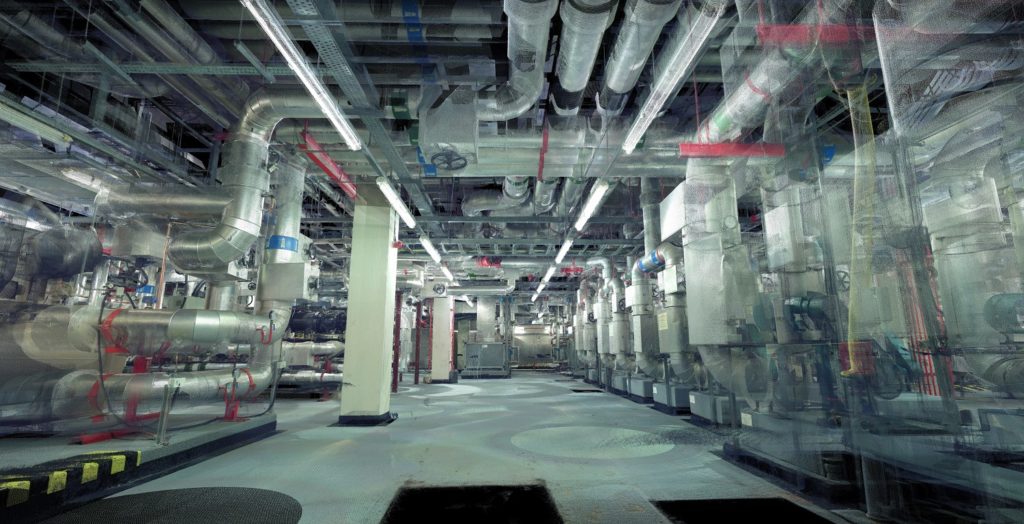 The initial communication between all parties involved in a survey project is the first instance in which problems may arise.

Poor communication between the client and surveyor can result in a survey that is not delivered in line with the client’s requirements. The outlined brief and specification highlighting the purpose for the survey must be clear and concise and is vital for the smooth running of the project.

With a laser scan survey, the client can request Truview or Webshare data which provides a visual reference of the existing site conditions in the form of 360 degree panoramic images.

This allows the client and project team to view the entire site/asset without the need for repeat visits. This laser scan output also aids greatly throughout the modelling process if an As-Built Survey Model is a client deliverable.

There are a number of benefits of producing a 3D As-Built Survey Model through laser scanning:

Issues in producing a 3D As-Built MEP Survey Model may arise from an inefficient Laser Scan to BIM process.
Where scanning is sparse in density and the scan locations on site are minimal, typically within ceiling voids or beneath raised floors, assumptions may be required. Not only this, but registered point cloud scan data can contain missing areas which are caused through obstructions in areas due to the condensed nature of how services are routed or possibly due to inaccessible rooms and spaces.

This may lead to sizes of pipes, ducts, or other services being unclear which may again mean that assumptions must be made with indicative placeholders modelled. On occasion, it can be difficult to determine between pipes and ducts and exact diameters especially if they are wrapped in insulation.

This is where the Truview comes in to visually separate between the two. The process of extracting pipes can be made quicker by using automated pipe extraction software. There are still many improvements to be made to this type of workflow but when the software works effectively this option can save on overall modelling time instead of manually modelling each and every pipe. 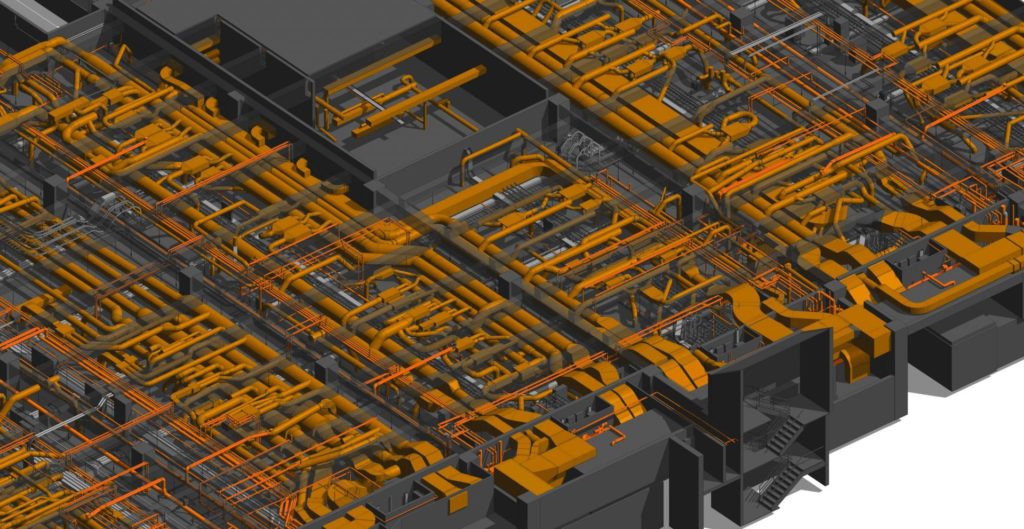